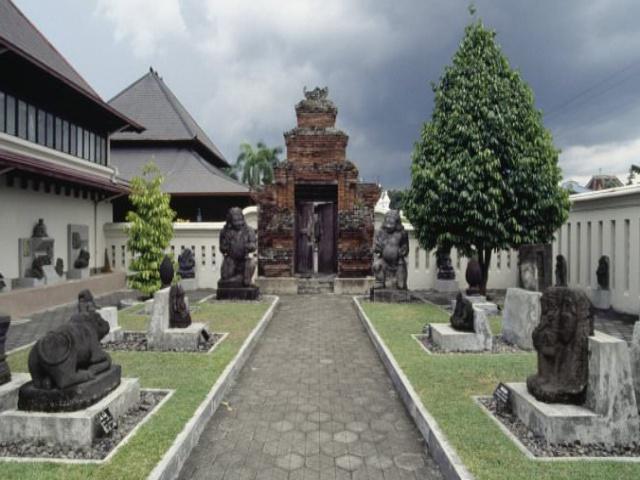 Sonobudoyo Museum is a foundation, which engaged between Java, Bali, Lombok, and Madura cultures. The Foundation was established in 1919 in Surakarta, with the name Java Institute. In the decision of Congress in 1924, Java Institute will establish a museum in Yogyakarta. In 1929 performed data collection culture of Java, Bali, Lombok, and Madura. Establishment of Museum Planning Committee was formed in 1913 with members of Ir. Th. Karsten P.H.W. Sitsen and Kupferberg.

The museum used the former land gift from Sri Sultan Hamengkubuwono VIII and marked with Sengkalan Candrasengkala "Buta ngrasa destining lata" in 1934. While the inauguration by Sultan Hamengkubuwana VIII on Wednesday Ruwah wage on 9th 1866 and characterized by sengkala "Wood Kinayang Ing Brahmin Buddha" meaning in Java or November 6 ‘1935 AD. During the Japanese occupation, Sonobudoyo was managed by Regent Paniradyapati Wiyata Praja. Then managed by Regent of Utorodyopati Prawito Culture at the time of independence of the Yogyakarta government.

Subsequently in late 1974 Sonobudoyo submitted to the Department of Education and Culture and directly responsible to Directorate General of the Law No. 22 of 2000, concerning the authority of Government and Autonomous Regions. Sonobudoyo museum joined the Department of Culture and Tourism of Yogyakarta Province in January 2001 and proposed a Regulation No. UPTD. 7 / Th. 2002 on August 3 ‘2002. Establishes of Regional Department UPTD organization, within Yogyakarta Government and Gubernatorial Decree No. 161/Th November 4 ‘2002.

This Sonobudoyo saved 10 types of Collections: