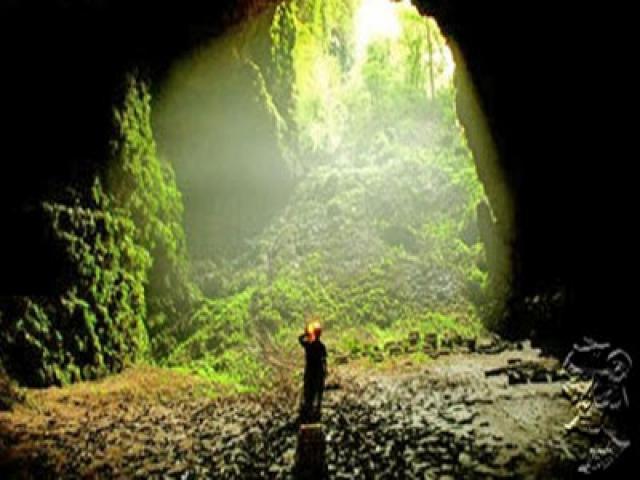 Jomblang cave lies in Jetis village, Pacarejo, Semanu, Gunungkidul. Located about 8 kilometers east of the town Wonosari and 50 kilometers southeast of Yogyakarta. Jomblang Cave is one of 400 caves in the Gunungkidul regency of Yogyakarta. The cave is a vertical distance of about 80 meters and connected with Grubug cave, which is at the north part of Jomblang.

To do adventure in Jomblang Cave requires the ability to explore the vertical cave technique using rope as a path to go up and down vertically field. It has a diameter of 50 meters and it was visited and explored by the Speleological Club in 1984, a group of cave explorers from Yogyakarta. According to the stories of local people, in 1970 the cave being used as the mass murder of Communist party members. The incident was made ​​by local people fear for a long time, so the Jomblang cave was untouched by humans. In 1990, the local people made a ceremony and prayed in the cave and no more scared to explore the cave

Reaching the Jomblang cave is a little difficult and tiring, but it will pay off tired after going down into the hall about 500 meters towards Grubug cave. There is a view of awesome silhouettes, some trees growing on the walls, and overgrown shrubs.