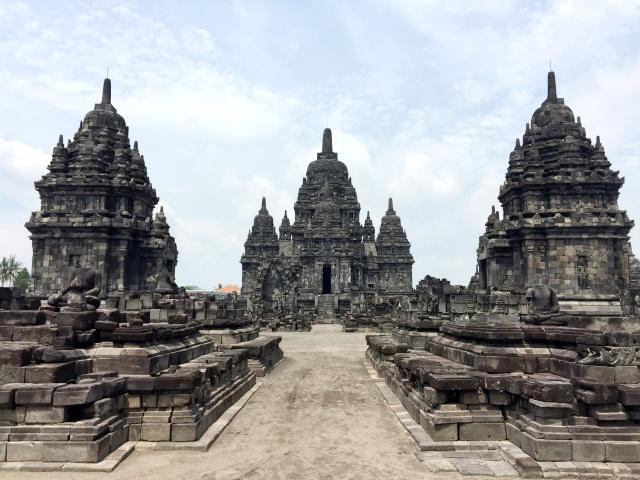 Sewu temple is located in Bugisan village, Prambanan, Klaten, Central Java. Sewu temple is adjacent to Prambanan, some 800 meters north part. Sewu was built in the-8th century AD, on the orders of the ruler of the Mataram kingdom at that time, namely Rakai Pikatan Panangkaran, and homage to the Hindu religion. Although the Mataram kingdom was Hindu, they received strong influence from Syailendra Buddhist Dynasty. The assumption is based on the content of an andesite stone inscription found on the ancillary temple. The inscription is written in Old Malay years known as the inscription Manjusrigrta. The inscription was told about perfecting Prasada named Wajrasana Manjusrigrha in 792 AD. Manjusri name is also mentioned in the Kelurak inscription in the year 782 AD and it was found near Lumbung temple.

The Sewu temple is in ​​Prambanan tourism parks. There are Lumbung and Bubrah and it is not far from Gana temple, about 300 meters to the east, Temple Kulon approximately 300 meters to the west, and Lor temple about 200 meters to the north. The layout of Sewu and Prambanan temples are Hindu Buddhist temple, perhaps at that time, Hindu and Buddhist communities coexist harmoniously.

Sewu's name in Javanese means one thousand, indicating that the Sewu temple is large enough, although it is not really up to 1000 pieces. The complex cluster of 249 temples, the main temple consists of 1.8 flanking temples and 240 ancillary temples. The main temple lies in the center and it is surrounded by flanking temples and ancillary temples in a symmetrical arrangement. Sewu temple has 4 entrances, which are; at the east, west, north, and south, and each guarded by a couple of Dwarapala statues that lies opposite.