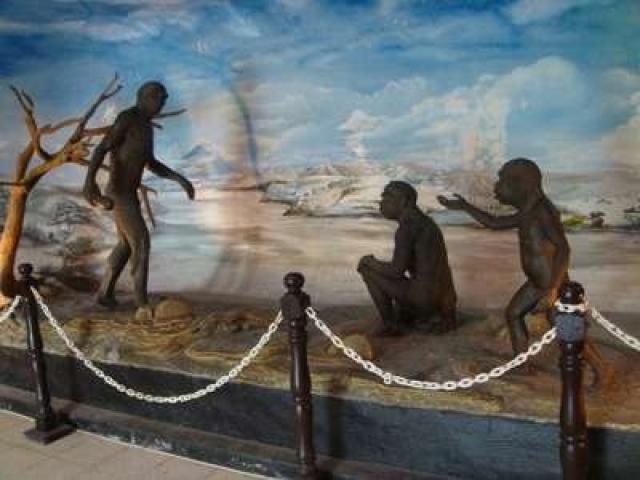 Sangiran is the archaeological site of Ancient Man in Java, Indonesia. Sangiran museum lies 15 kilometers in the northern part of Solo city. The entrance gate lies on the main way of Solo to Purwodadi, near the border between Gemolong and Kalioso districts. Used a marker to get to the gate of Sangiran, Krikilan village and it is about 5 kilometers to the museum.

Sangiran site has an area of ​​about 59, 2 square kilometers, including administratively into 2 territories: Sragen and Karanganyar regencies. Sangiran was determined by the Minister of Education and Culture as a cultural heritage in 1977. Therefore, the 20th session of the World Heritage Committee in Merida, Mexico on December 5 ‘1996, determined that Sangiran as one of World Cultural Heritage No. 593 and in this site are listed as UNESCO World Heritage Site.

In 1934 anthropologist Gustav Heinrich Ralph von Koenigswald begin research in the area of ​​Sangiran. Excavations discovered fossil of human ancestors first was Pithecanthropus Erectus or Java Man. There are about 60 more of these fossils and other fossils Palaeojavanicus Meganthropus found on the site. Sangiran Museum presents the history of early humans between 2 million years ago to 200.000 years ago, which is from the latest Pliocene to the middle Pleistocene. The museum has a collection of 13.086 ancient human fossils and an ancient human that stands upright and most comprehensive in Asia. It also found vertebrate fossils, marine plant fossils, animal fossils, and stone tools. The fossils were found in the Sangiran area represents 50% of fossils in the world and 65% of them was found in Java Island, Indonesia.