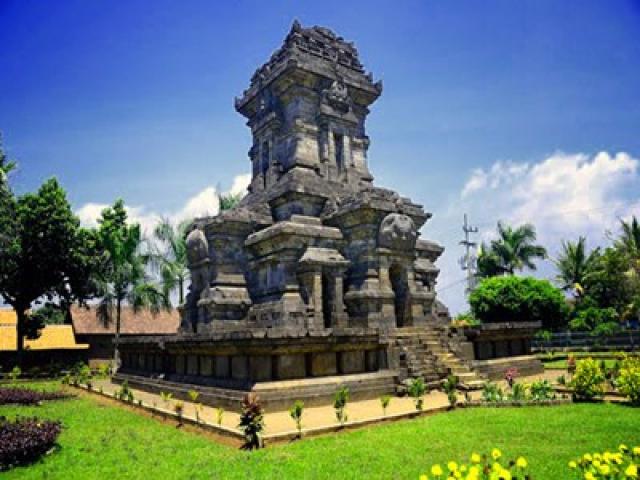 Singosari is another Hindus temple in East Java and it is located in Candirenggo village, Malang. The temple was discovered early in the 18th century as the temple tower of the Dutch. Giving this name because of its shape resembling a tower. It has been given the name of Celah temple by an archaeologist from Europe. It was by referring to the 4 walls of the gap found in the temple’s body. According to information from W. Van Schmid, who visited this temple in 1856 and he gave the name of Dome to the temple. Eventually, that name is still used as Singosari temple, but some locals refer to the temple because it was located in Candirenggo village.

The building of the Singosari temple has 2 levels. The Temple room should be in the body of the temple, but at Singosari temple is on the foot part. The chamber was initially to have statues inside, like Durga Mahisasuramardhini, on the east side contains a statue of Ganesha, and on the south statue master known as the priest of Agastya. However, now only the Agastya statue is available, while the others have been brought in to Leiden, Netherlands. The reason why the Agastya statue was not brought to the Netherlands, caused it was damaged condition severe enough. So, it was not deemed worthy to be taken as a gift to the Queen of the Netherlands at the last time.