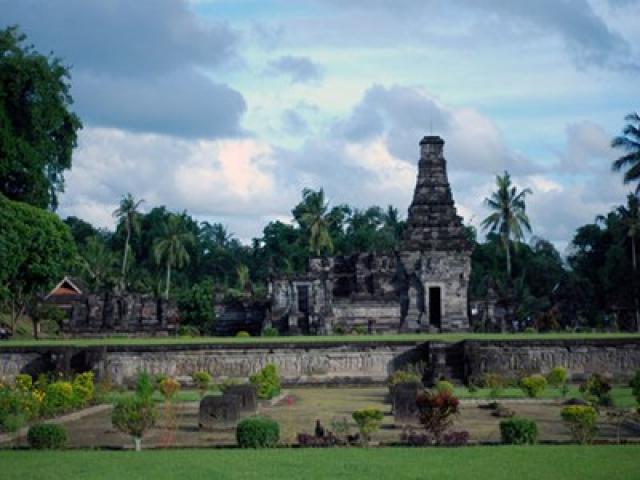 Penataran temple is located in Nglegok district, Blitar, East Java. It lies on the foot of Mount Kelud and that makes around upgrading air fresh and cool. Penataran temple complex is the biggest enshrinement of Hinduism and well preserved in East Java. The temple has various reliefs, statues, and Hindu style structure. There are some statues are here, like Kala, Ganesha, Dwarapala, as well as relief of Ramayana story, as proof that Penataran temple is an homage to the Hindu temple.

The Inscription Palah of the existing temple indicates that it was built around 1.194 AD, during the Syrenggra reign of the Kediri kingdom and that was completed construction by the Majapahit kingdom. So, it can say that the temple was through 3 great kingdoms archipelago, were: Kediri, Singasari, and Majapahit kingdoms. Penataran temple has an important role for some of the surrounding kingdoms, which is used as an appointment place and ritual worship to Brahma God as Creation.

The Mpu Prapanca Negarakertagama's book was written that is explaining about Penataran temple with highly respected by the king and royal officials around East Java. The temple was once used to store ash king Rajasa Ken Arok as the founder of the Singasari kingdom, and also the ash of king Raden Wijaya Kertarajasa Jayawardhana as the founder of Majapahit kingdom. According to local folklore, The Sumpah Palapa pronounced the supreme in Penataran temple by Gajah Mada as the prime minister to the whole of the archipelago powered by the Majapahit kingdom.