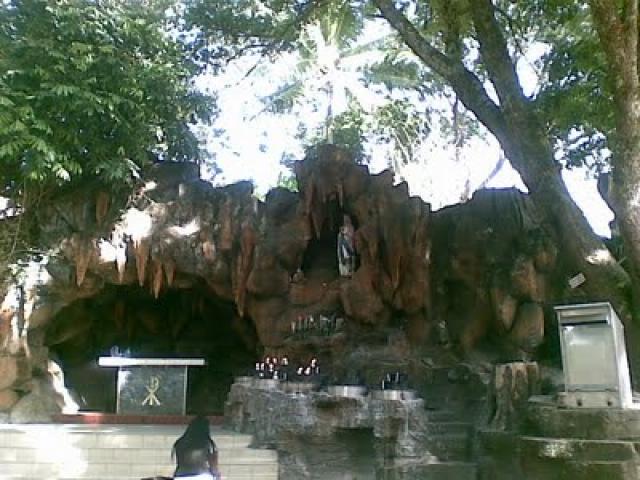 Kerep Cave is a pilgrimage place of Ambarawa, and it is the pioneer of the Indonesian Mary cave after Sendangsono and Sriningsih. Kerep Mary cave was founded in 1954 and it was created with simple history, not based on vision. However, the cave could not be said to occur by chance; it happens for sure because God had planned for humankind.

The birth date of Kerep Mary cave could not be separated from a Dutch citizen, who served as the manager of the plantation in Ambarawa. He offered the land and house for church and they were awarded to Brother Apostolic Congregation. The Congregation was founded by MGR Albertus Soegijapranata and consisted of local people as well as the status of the diocesan. Unfortunately, the congregation did not last long because there was no demand until dissolved.

The Kerep cave development is closely related to a pastoral letter from the Pope in 1954. The pastoral letter is the Mary Year to commemorate 100 years of dogma Maria contained pure. The contents of the letter Shepherd urged all parishes to hold a memorial in honor of the Mary Virgin. Former Director of congregation apostolic Brother, Father J Reijnders which at the time became Parish Priest St. Joseph Ambarawa, urged people to celebrate to honor Mary. At the time of priest, Father Bernardine Soemarno SJ comes to the place and Reijnders shared activities in the framework of Mary feast celebration. By Father Bernardine Soemarno, he suggested that the cave as devotion place to Mary.

The idea of ​​Father Bernardine Soemarno SJ was then realized in 1954. School students living in a dormitory of teacher Bruder and ordered to gather stones from the river and gathered Brunderan Apostolic Kerep cave. According to Reijnders Father FX Woerjoatmodjo, who heads the hostel and stays at Ambarawa'rectory helped to lead it up.