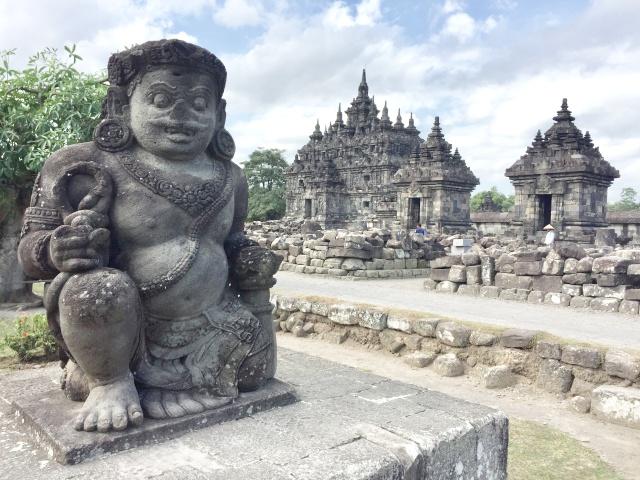 Plaosan temple is in Bugisan village, Prambanan district, Klaten, and it is about 1.5 kilometers east part of Sewu temple. This temple is an ancient building complex and divided into two parts, namely The North Plaosan and The South Plaosan complex. Sculptures contained Plaosan very smooth and detailed, similar to those in the Borobudur, Sari, and Sewu temples.

Plaosan temple was built in the reign of Rakai Pikatan of the Hindu Mataram kingdom, in the early 9th century AD. One of the experts who supported was De Casparis, who hold the contents of the inscription Sri Kahulunan. The inscription stated in the North Plaosan was built by Queen Sri Kahulunan and supports her husband. According to De Casparis, Sri Kahulunan is the degree of Pramodhawardani, daughter of King Samarattungga in the Syailendra dynasty. He embraced Buddhism and married Rakai Pikatan of the Sanjaya dynasty.

The South Plaosan temple complex discovered an inscription in October 2003, which is estimated from the 9th century AD. Inscription made ​​of a gold plate measuring 18.5 x 2.2 cm. It contains an inscription in Sanskrit written in ancient Javanese script. The inscription is still not known for certain, but according to Mr. Tjahjono Prasodjo, the inscription reinforces the notion of Plaosan was built during the reign of king Rakai Pikatan.