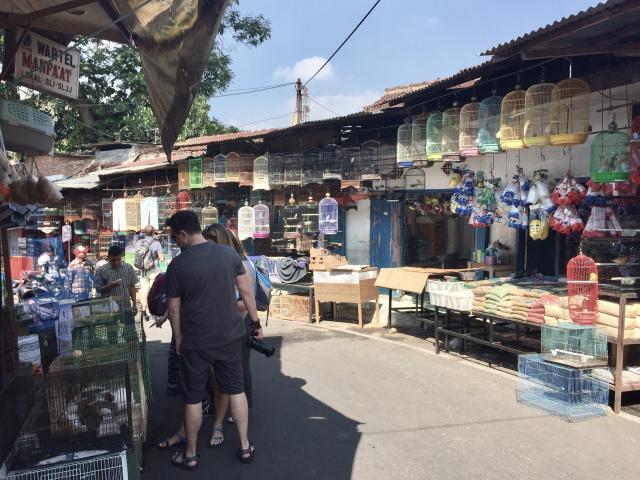 Bird Market of Ngasem as a traditional market in Yogyakarta and it worldwide became memories. On April 22, 2010, the Ngasem bird market was located around the Sultan Palace area and it has been moved to the Dongkelan region. Located on the border of Yogyakarta town and Bantul. Bird Market of Dongkelan is named PASTY, which means Market Yogyakarta Wildlife and Plant Conservation

The Dongkelan's Bird Market is more accessible from outside the city because it is located near South Ring Road, with the arrangement of building more tidy and comfortable. In addition to the bird market, visitors can browse or shop at the plants that were across the Dongkelan's bird market.

The market is not just selling a variety of animals, but visitors can also enjoy the wildlife competitions held periodically. What race are the sounds of birds on the southeast side of market animals? The Yogyakarta government has also planted crops of fruits, such as rambutan, mango, and others.

What animal sales are divided into several zones as follows: the south zone is a group of pigeons and occupied northern zone, reptilian animal traders. For the visitors who missed the Ngasem atmosphere, at least people can visit the Dongkelan bird market. The atmosphere is typical of the merchant, who does the majority coming from Ngasem can cure the homesickness.