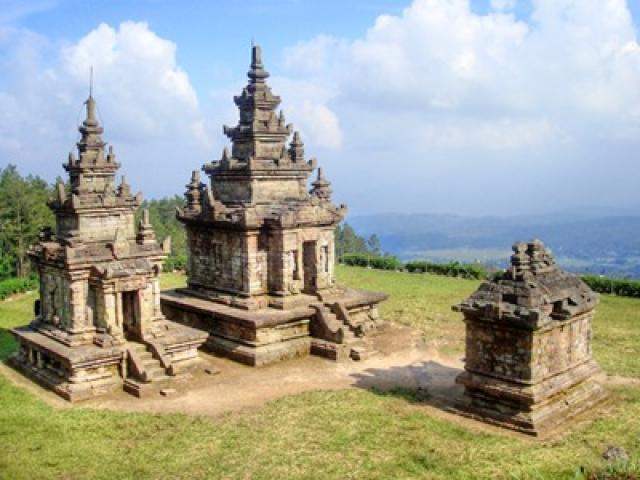 Gedongsongo is a complex Hindus temple located at the foot of Mount Ungaran, precisely in Candi village, Somawono, Semarang, Central Java province. The experts could not confirm the time and purpose of the Gedongsongo temple construction, because there have been no inscriptions where it was found and mention the existence of the temple. It is estimated that those temples were built during the early development of Hinduism in Java and that was in the reign of the king in the Sanjaya dynasty period.

Seeing the architectural style and its location, the Gedongsongo temple was built for worship. At that time the highlands or hills are seen as the embodiment of heaven abode of gods. Its existence was first disclosed temple by Raffles in 1740. At the beginning of time, there were only seven groups of buildings were found, so the Raffles called the Gedong Pitu temple. After two temples were found, then do some research on the temple by Dutch archaeologists, who named Van Stein Callenfels in 1908 and Knebel in 1911. They discovered other temple groups, so the name was changed to Gedongsongo. From 1928 until 1929, during the reign of ancient official Dutch renovate Gedong One and Gedong Two. The temple's restoration was an arrangement ​​by the Indonesian government for 10 years, from 1972 up to 1982.