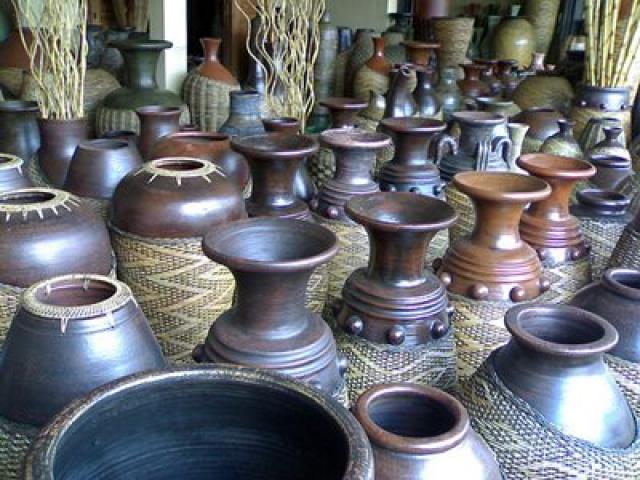 Kasongan is a village, which located in Kajen, Bangunjiwo, Kasihan, Bantul, Yogyakarta. It is about 8 kilometers southwest of the center city or it is about 20 minutes to drive. Kasongan is a pottery village industrial district and clay material is the main thing to make it. It is a residential area of handicrafts makers as well as a wide variety of items like mostly using clay as raw material.

Previously, Kasongan village is still very limited for household appliances, like kendi (water containers), kendil (container for cooking), Anglo (kiln with charcoal for cooking fuel), and others. Along with the changing times, right now making pottery is not only limited to household items but also other similar items that have high sales value in the market.

The original of village into pottery industrial
During the Dutch Colonial rule, in one of the south Yogyakarta areas was ever shocking to happen to residents, there was a horse owned by a Dutch detective and found dead in the fields of local people. It made people very frightened and fear of sanctions and punishment. The local people finally went away from the land, did not re-organize the land when they came back. The land has been removed and owned by other people when the Dutch left this country.

The people who fear finally silence around the house, because they do not have more fields to fill their time utilizing what is around. They finally existed to make it into tiles, which were not broken when put together and began shaping it into various functions of goods to tend using as kitchen or children's toys. Starting from daily life, that their ancestors were hereditary habits eventually to the present generation who chooses ceramic artists.