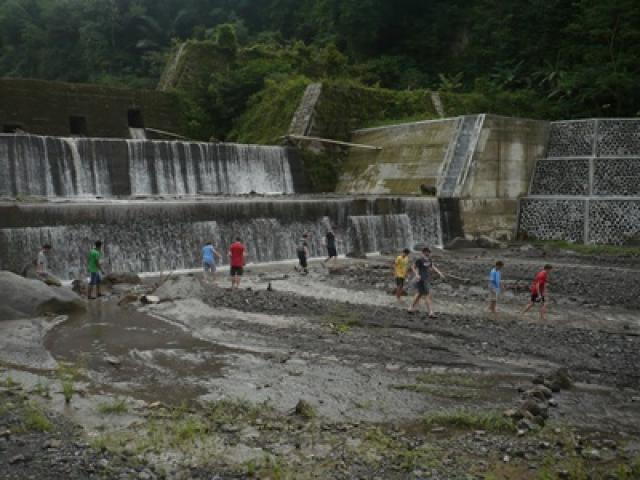 The first person who inhabited Pentingsari village was Kyai Jokarto Grandmother. He was a soldier of Prince Diponegoro who lived around the year 1790-1905 and occupies land in Pentingsari village as a hiding place and struggles as well as a place to live due to their strategic location place.

There was never had anyone keep a long time in the village of Pentingsari ordeals such as riots, diseases, and disorders spirits who inhabit the Kuning river and Pawon river. Kyai Jokerto was the only person who can overcome all the distractions and it was because of his power to divert the flow of lava from Mount Merapi, which was not leading to Pentingsari village.

Pentingasi village shaped like a peninsula, at the west of the valley was steep at that time. There are Yellow and south valleys of Ledok cave or Ponting in the village. There is a steep valley that time named Pawon and at the north part was a plain that can connect directly to the court of Umbulharjo village.

Pentingsari consists of 2 villages, namely; Bonorejo and Pentingsari. Bonorejo is in the south part of Pentingsari and the north part was originally inhabited by a family of Bonorejo Mertokromo and Kyai Jokerto. At the time, Umbulharjo became a village around the year 1895, Pentingsari Umbulharjo village changed into Pentingsari's name caused him. Pentingsari village is still relatively new compared to the other tourist village in the Sleman area, the inauguration was on May 15' 2008.